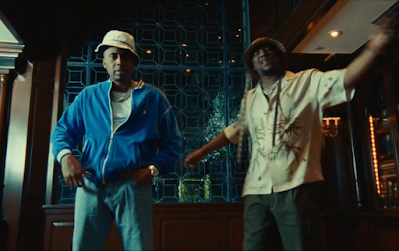 After winning the "Best Rap Album" award for the Grammy last year being one of the first Grammy awards, after having several nominations, finally winning one, with his album "King's Diseases",Nas has been working hard after having released one of the last songs months ago "27 summers" having one of the great producers Dj Khaled in the official video, knowing that Dj Khaled is working on the new project "Khaled Khaled" which will have great artists as a collaboration, in which we can predict that Nas will be there, but there are no facts;

Although ,Nas releases another new video "EMPD" with Hit Boy, in which he enters with big rhymes at the beginning of the video keeping that base and feeling that smooth rhythm;