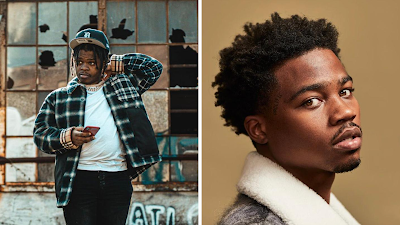 One of the hottest rappers of this new generation, 42 Dugg and Roddy Ricch has been bringing a lot of noise in the market after they announced that there is a new single together "4 da Gang" the song was released today this Friday, the track is talking more about an involvement sex, money, tanning and loss, in which one of Roddy Ricch's lyrics says "I have model bitches who try to call me to have sex And you know what they say" If it's not directed, then don't respect it" Roddy has been describing their lyrics in an engaging way as if the models sent messages of this kind;


Going ahead to the 42 Dugg lyric's, talking more about the moments he was struggling hard after the death of his daughter despite the pains but he kept going forward, see "Put the city on my back, I still remember the difficult times, 2018 was the year my dawg died, pull it up in frog eyes, yeah bro, we're winning " without forgetting that the song will have a music video, in the days ago 42 Dugg and Roddy Ricch were seen recording the official video of this song seeing 42 dugg behind the cameras giving some basic movements with Roddy, so there isn't any expectation that the music video will be release at the same day as song was released but probably not , maybe it will be released next week, however, take a look