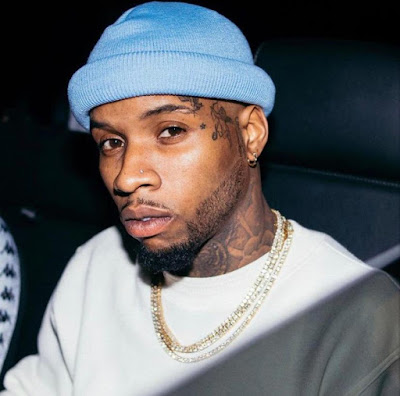 Loaded this year with good energy, Tory Lanez has been showing several project in the last months, after deciding last week to drop his "Playboy" project in which arrived on the streets a week ago, Although, Tory Lanez releases a new music video  "And This Is Just The Intro" in the song sung by Tory referring to a relationship that didn't work out, according to his lyrics in which his partner left him and went to be with another n*gga who is better than him, it seemed like she liked to f*ck rich n*ggas;

Digging more,Tory has been describing in his lyrics that she had no money in her wallet but only drugs, she was consuming a lotta type of drugs, describing again that money made her do different things, the music is very much a relationship that was not a success,there is a lot of toxin in the relationship, however the filming seems very slow, considering the rhythm of the music, in the video Tory there is a snow shoe store or store, sang calmly, showing some rap movements while singing, however it would be better for you to one looks at it;