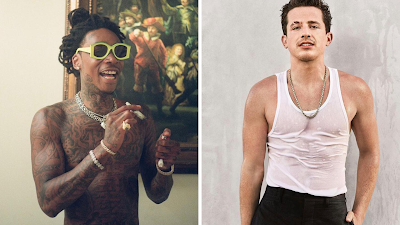 One of the greatest hits of all time "See You Again" by Wiz Khalifa and Charlie Puth, the music based on the moment that Paul Walk's spent his journey with his friends and co-workers, being also based on the latest performance in the film Fast and Furious in which at the end of Fast and Furious 7, the characters of Paul Walker and Vin Diesel in different paths. therefore, the song became one of the most heard songs at the time it was released with a very significant vocal;


"See You Again" received several nominations as "The song of the year", "Best Pop Duo / Group Performance and Best Song Written for Visual Media and was even nominated by the 73rd Golden Globe Award as Best Original Song, and also reached at the top number 1 on Billboard Hot 100, maintaining the success of the song by Wiz khalifa and charlie was one of the most sold songs worldwide, in which it obtained over 20 million units, "See You Again" was one of the biggest songs for Wiz in his entire career after the success he had with the song "We Dem Boyz" taking his career to another level,

5 years after the release of the song "See You Again", the song surpasses 5 Billion views on YouTube, being one of the songs that still plays nowadays, so Wiz kahlifa has been working a lot in the previous months, putting some new songs on streets,Therefore, he is executing a new project "Taylor Gang" which still doesn’t have the launch date yet we can see a lot of good things happen this year;

.@wizkhalifa and @charlieputh's "See You Again" has now surpassed 5 billion views on YouTube. It's the third song to ever achieve this milestone.