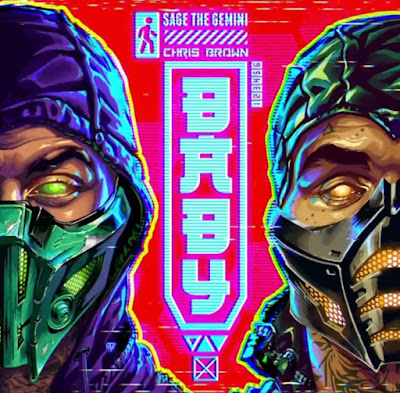 Almost 2 years after the previous song "Buss It" collaborating with Chris Brown  , Sage The Gemini came back with brand new single "Baby" inviting once again R&B star Chris brown on it, which the track was leaked before the release date on social media according to some resource,The track is getting hard vocals voice ,starting with Chris Brown lyrics "I'm just walkin with my baby, stylin' while my side bitch",looking forward Gemini's Lyrics " Every time I hit, I do some new shit I go down, she speak in tongues Now I'm preachin' from the bull pit"


Being one of his first song for this year, Sage The Gemini entered with great energy after being absent all this months ,returning with magnificent single putting Chris brown on it for opening the way, bringing attention, in the meanwhile Chris brown is getting many collaborations in songs in the last previous months, having been participating in some of trackers earlier, which caught Sage The Gemini attention's , check it out