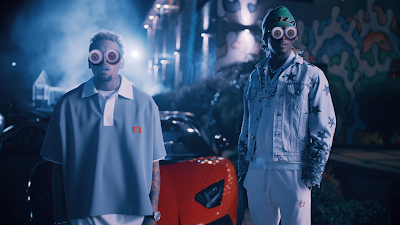 in which it is considered one of the longest songs on the album. "Slime & B" for remaining in Billboard's top 10. without forgetting that Chris brown has  surprised his fans, prepared an exclusive "Remix" with the assistance of Lil Durk, Future and Mulatto, the track has been making noise in the streets, being a remix that will be able to surpass the original music?

The success that "Go Crazy" has had in the last few months it's helping gained more public with this new remix, nowdays in which it is taking the music to another level, so see the position of the song