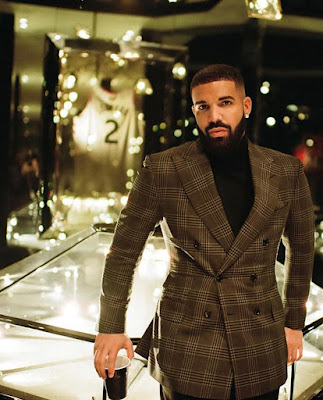 Bombasting the streets again, Drake has been surpassing each day in his musical career, For simply releasing his new project "Scary Hours 2" for having 3 exclusive songs, this Sunday Chart Data publishes in the Tweeter Saying that the new song of Drake "What's Next " could be able to reach Billboard's top number 1 next week by reaching an insignificant number of streams on Spotify platforms in just two days in which he has more than 6 million streams on spotify, Drake hits the Billboard walls in an impressive way after not being present on the Billboard charts in the last few months, showing again that he is one of the best rappers of this decade;


Having his Project on the way "Certified Lover Boy" in which the fans are anxiously awaiting, without having the specific date of the launch yet, despite the fact that Drake had planned the launch in January 2021, in which it has not happened because his physical health, passed through some surgeries and suggested improvements, all shared on his Instagram;

.@Drake's "What's Next" debuts at #1 on the global Spotify chart with 6.856 million streams. Biggest debut of the year.

With this return and the expectations that the song "What's Next" could be in the Top 1 of this week's Billboard Hot 100 and having many streams, it could be a good sign for him to release the dates of his new  "CLB" project, will it?


Reviewing the song "what's Next" Drake is affirming certain things that have been going on in his life in the last months as in his lyrics, "Well Summer, All I DiD was Rest Ok?" and New Years, All I did was stretch ok, in the following drake comes speficated how was his San valentine's day ran by rhyme in the following way "Valentine's Days i had sex", in the other drake specifies that he will see what he can do afterwards will be the new album "CLB", rhymed as follows, "we will see what's about to happen next;"