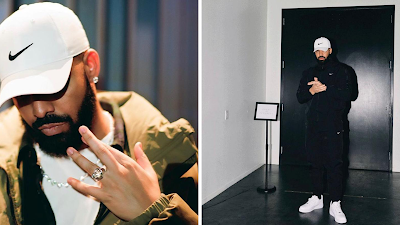 Making history, Drake leads the Billboard charts after entering this week making history for having three songs in a row in the Top 10, making 1,2,3 an incredible sequence, led by "What's Next",which the streets are making a lot of noise After the release of that track, which has a huge amount of streams on Spotify, over 37 Millions Streams, Drake starts the year 2021 in an impressive way hitting the Billboard charts and becoming one of the first rappers to do the 1,2,3 Billboard streak being a historic fact for Billboard;

After taking a sniff of his Mixtape last week and the brand new music video, which has not left to cheer up the streets with it, knowing that this Mixtape "Scary Hours" is just a sniff of what is to come in that is "CLB" being one of the most anticipated Albums by fans so far, after some delays, even though Drake has not given the release date, although his fans are very excited about the Album;

Drake once again making history on the Billboard, this time placing the three songs of his Mixtape in the sequence 1 to 3 in the charts of the billboard ,shown since he is the best, being in the top Drake has been considered several times as one of the best Rap according with Billboard, being in the top number 1 of the longest songs on the billboard with Chris brown, having Song "No Guidance", Drake has being broken several records on Billboard in recent years;


Drake has thanked his fans and his friends for their support, and receiving several congratulations messages for the level of success that he obtained, watched by the videos, Drake said "that if he doesn’t focus on you he wouldn’t be where he is now"; one of the Drake videos said "he didn’t know how to make this sequence 1,2,3 placing the three songs on top simultaneously"; without forgetting that this is the beginning, "CLB" is coming, what will happen then;
Internacional Music