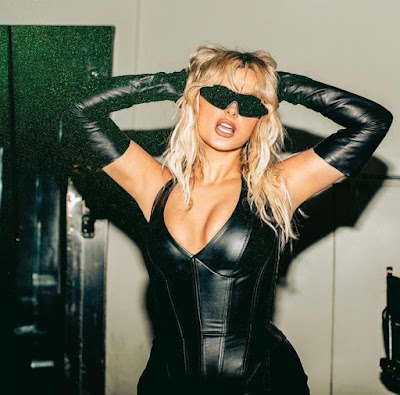 Bebe Rexha, After giving her career a break in the last few years, returning to cheer her fans with one of her songs "Baby I'm Jealous" with presumably collaboration of the singer Doja Cat, putting her on the Billboard charts once again, Moving forward ,in last week the singer announced on her IG live that she is working on her new album "Who AM I" which in case will be released soon, without specifying the release date of the album to her fans she kept as secret, in the meanwhile ,Bebe has been walking calmly this year for revealing her new single "Sacrify" which it could be included on her new Album;

However as promised, Bebe Rexha releases her new music Video "Sacrifice" in the video Bebe Rexha looks as a Vampire, sucking other people blood's in the area, and Using blood to feed other members of the vampire community, the video style and vibration is so dark; Although The Video Was directed By Christain Breslauer;  Check It Out