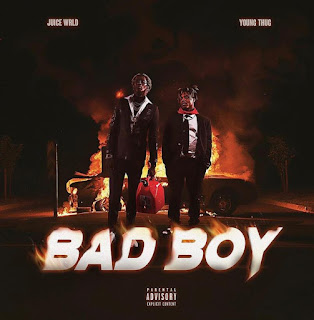 One of the name of Hip Hop American Young Thug, before his previous work on the album "Slime & B" with Chris Brown in last year the rapper Thug was planning his next move for 2021 within which surprised his fans with new announcement his Instagram that he has a new song coming on way that has collaboration of Juice WRLD However the new track is called as "Bad Boys" which goes to be released on Friday;

Earlier this week  Lyricalemonade has shared the video thriller on Instagram within the thriller which seems  Juice WRLD and Young Thug grabbing bottle of gas and both walking faraway from a burning people; The Official music video is going to be released on Friday,15 January, according to Lyricalemonade; However the fans are so excited with this new collaboration; Check It Out