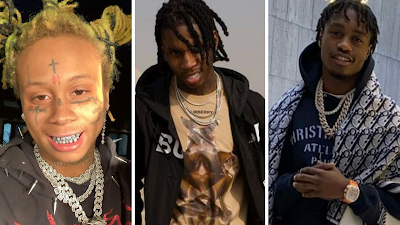 After having his second number one album on Billboard called "A Love Letter To You 4"in which had over 126 million streams in 2019; In the meantime Trippie Redd has announced on his Instagram story that he is coming up with his new album known as "Trip At Knight" for this year that has presumptively participation of Lil Tjay ,The Kid LAROI and Polo G;


However, Trippie hasn't given more information concerning the release date when specifically will be  released, However it looks like Trippie Redd has one thing completely different for this year; Before his previous Album in 2020 called "Pegasus" which took at top number 1 on billboard R&B/Hip-Hop Albums ;The rapper Trippie Redd has over 3 Album which reached at top number 1 on Billboard Albums ;However check it out the upcoming album 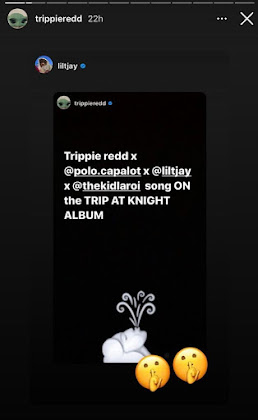