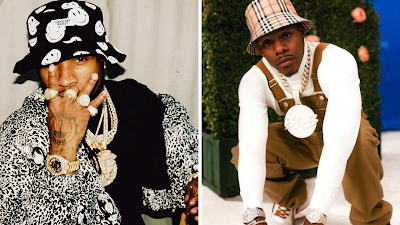 After the sucess of his Album known as "The New Toronto 3" in 2020 during which sales over 64,000 units together with 5 thousand copies in pure album sales ,However the album has accumulated over 76 million streams of the album songs and also reached at top number 1 on Billboard's Top Rap Albums Charts that was considered his third number 1 album on Billboard; Then at that time the rapper was being accused by shooting the artist Megan Thee Stallion's feet.

Since that rapper has been working hard at start of new year Tory lanez has posted on his Instagram that he will have the rapper Dababy as collaboration of his new song and music video; it feels like Tory Lanez came up with good energy for this year; Check It Out