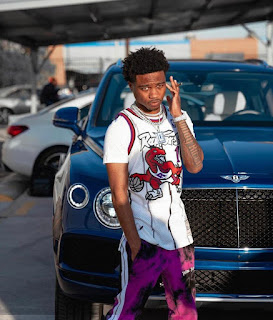 After the release of the track "The Box" singed by Roddy Ricch in 2020, the hit became so popular That was considered one of the best selling song of the year for selling over 4.7 million units in 2020.That made him over $6 million dollars with this song the Box;

The hit was receiving a lot of nomination and awards as "the song of the year" by Apple Music, Grammy Awards and BET Hip Hop.However,The Music Video of the track "The Box" has Over 281 Millions Views on YouTube; eventually the Roddy ricch's the box has streamed over one Billion times in US during this notably year; The Hit was produced by 30 Roc , Datboisqueeze & Zentachi;