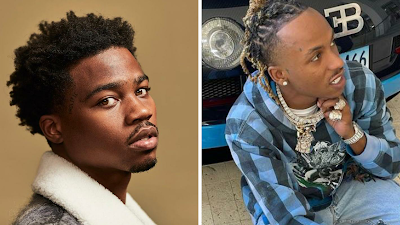 After the success of his first track "Plug Walk" singed by Rich The Kid who took him to another level of his career, for getting at top #13 on Billboard Charts in 2018 the track helped him to move forward however After the some rumors in 2020 the rapper Rich The Kid was working  in new project known as "Go Up" with presumably collaboration with Roddy Ricch during which the track was released in 2019; Eventually some news came up this days the rapper Rich The Kid and Roddy Ricch are working together in new song  titled as "Two Times";

The News came up through the rapper's Instagram however the rapper hasn't given or shared an excessive amount of details when this song goes to be released; The Track was produced by Tay Keith and West Weiss; the beat has floating over the piano driven instrumental but the track was leaked on-line on some platforms; Both Rappers are having upcoming things for this year that makes their fans so excited; Check It Out
Internacional Music