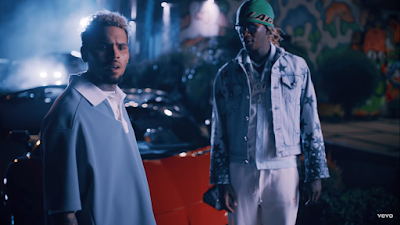 One of the most popular song on 2020 "Go Crazy" by Chris Brown & Young Thug that is within the album "Slime & B" which eventually reached at top number one on Billboard Hot R&B/Hip Hip Songs Charts it was consider of the most heard song on Radio,The track impacted the entire media for having over 294 million streams on Spotify and having 79.6 million airplay;

it's being one of the track most consumed by the Radio before his last track called as "Forever" on 2009  for that "Go Crazy" has earned two times Platinum Certification for sailing over 140,000 units and also got a Gold Platinum certification; However, Before getting down last week to the top 6 the track "Go Crazy" has surprised this week for reaching a new peak 5 at top hot 100 on Billboard; Check  It Out the Top 10 of this week;