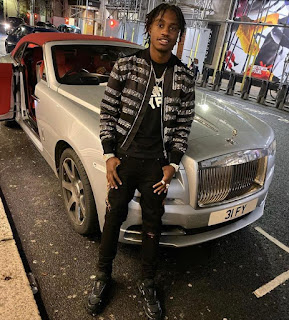 Some Weeks later Lil Tjay was caught by the police of the New York for possessing Marijuana , Guns and some illegal stuffs ,In that moment Lil Tjay was shooting  a music video ,which was been surprised by the police officers; According to the Police the rapper was carrying some insignificant amount of drugs like Marijuana and four loaded guns in his car;


Also according to the Report TMZ The Rapper Lil Tjay was Arrested on Wednesday Afternoon by the police officers; So now he's facing some serious chargers once being charged in borough known as Brooklyn, New York for having illegal stuffs like Weapons & Drugs; However , Lil Tjay is starting very bad his new year ;