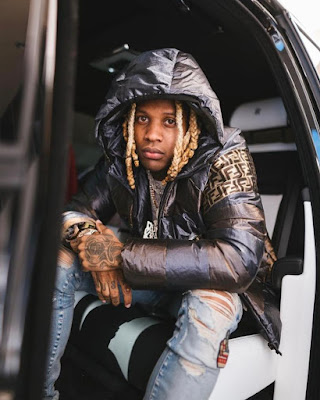 As expected , Lil Durk decided to drop out his new video clip known as "Still Trappin" with collaboration of King Von the track "Still Trappin" that seems in his new album called "The Voice" in the meantime "Still Trappin" has a lot of views than any other songs released, it has over 4 million views on YouTube within two weeks following by "Redman" and "Free" featuring the Rapper YNW Melly in which eventually have over one million views;

The song "Still Trappin" has reached out at top 9 on Billboard Charts (dated Jan 9) and also has over 6 million Streams on Spotify;

However some days after the Rapper Lil Durk has shared on his Instagram post wearing a jacket in which covered the face of King Von, his closest friend, he claims that this new album the "The Voice" is honor of his friend King Von he dedicated his entire project to him in which came up as cover of his the Album;Currently Lil Durk has dropped the Official Video of the track "Still Trappin" that includes King Von ;Check It Out;