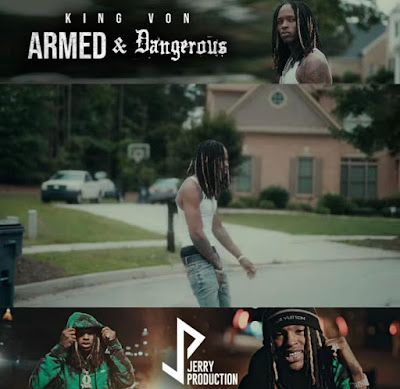 After the death of the King Von on November 2020 the tragedy news chocked the media ,However the rapper has left several project within the streets that some of them are being released to his platforms, before his death the rapper was recording a many video clip of his tracks that his team is taking care of it ; His friend Lil Durk has honor him with new album called "The Voice" But the rapper Lil Durk said that he dedicated his album to King Von according to some source;

Eventually his team has dropped his new video clip known as  "Armed & Dangerous" within which shocked several fans therefore in his new video clip King Von was showing him at the jail rapping and walking in bourgeoisie neighborhood; the track was produced by Chopsquad Dj; Well, Check It Out