Gunna Is Coming Up With New Album For 2021 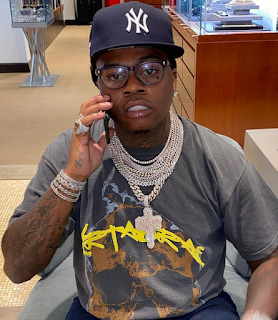 After the amazing success of his Album "Wanna" released on May 22 2020, in which was his first number 1 Album for selling over 111,000  units in United States according to the Report Nielsen Music. His album reached at top Number 1 on Billborad 200 Charts; However his Album had collaboration from Lil Baby , Travis Scott , Young Thug , Robby Ricch and others Artists.


At the beginning of the new year the Rapper Gunna has posted on his twitter that he's preparing something great for this year , According through his post the rapper wrote "New year, New money, New album" so Gunna hasn't given a lotta details when his new album's going to be discharged; but Check It Out