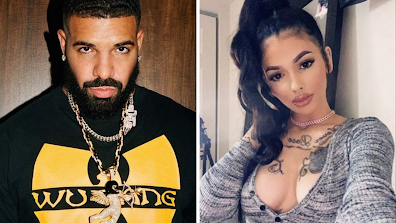 After the cryptically announcement of his new album called "Certified Boy Love" which will be released this month January 2021 the rapper hasn't given anything nonetheless relating to his new album, But eventually some news got out on social media for revealing that Drake are shooting a music video in Bahamas with Meek Mill and Lil Baby during this couple days however some news came up on twitter concerning the Canadian Drake messages with some lady referred to as  Celina Powel the messages got over the twitter;

However ,Celina Powel claims that she got his drake phone's number through Tory Lanez's  phone, According to the image she eventually started texting to Drake for saying "I am Celina Powel" ,Drake formally responded her "Def never gave you my phone number" and She literally answered him for saying "Well Okay And yes you did it is still in my direct message. I do not want to upset you though so I will stop" However , just Check It Out below image

I got it from @torylanez phone https://t.co/bHiURGYwc0