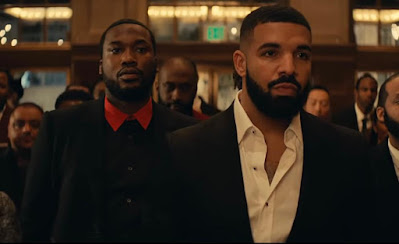 After the success of the Track "R.I.C.O" on 2015 and "Going Bad" on 2019 each singed by Meek Mill and Drake the track "Going Bad" was one of his track who took over for giving him his first number one song on Billboard Charts according to some source the rapper Meek Mill has only one song who reached out  at top 1 number on Billboard in his entire career;

However, Meek and Drake are preparing something new for this year According to Dj Akademiks he has posted on his twitter saying that  "Drake and Meek Mill are in Bahamas eventually shooting a brand new Music Video which will be available soon" it looks like Meek Mill is in Drake's CLB but there is not any details that confirmed it ; however Check it out Dj Akademik's post.