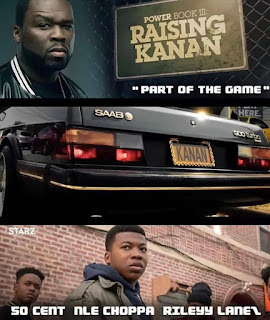 Before his new single, 50 Cent wasn't stopped working he dropped his fresh book referred to as "Hustle Harder, Hustle Smarter" some months back; in his book 50 Cent has been sharing some wisdom and conception regarding the life hustle; But he sales over 6 thousand sales in 2020 according to some reports; However, 50 Cent is back to the streets ,he came up some days back along with his new single called "Part Of The Game" by bringing NLE Choppa and Rilleyy Lanez as Collaboration; it sounds like 50 Cent is returning back to his recent flow;


The track "Part Of The Game" will be as Official theme song to imminent series "Power Book III: Raising Kanan" which 50 Cent goes to be a  part of it; recently; 50 Cent has release the official video of the "Part Of The Game"