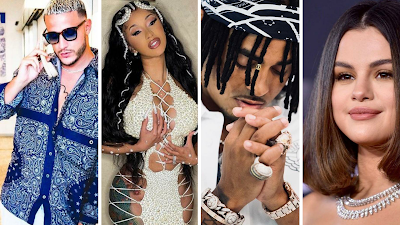 The Hit "Taki Taki" Was one the biggest songs on 2018 , The track was Produced and Singed by Dj Snake Featuring Cardi B , Ozuna and Selena Gomez; it was announced one of the biggest collaboration of the year in 2018 by Grammy; however ,The song hits at top number one on the Billboard Hot 100 Charts. The track was continued to hit the platforms Eventually, Taki Taki was considered as top number 1 on the Global YouTube Music Videos Charts ,The record has continually to grow fast till now which reaches over 2 Billion Views on YouTube the rewards weren't stopped there.


In 2020 According to BMI Latin Awards the track "Taki Taki" was nominated as the best Contemporary Latin Song of the Year and also earned as Most Performed Songs Of The Year in 2020; According to the Music On Charts the hit "Taki Taki" has sold Over 18.870.000 units sold around the world.