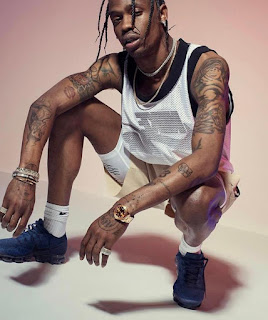 After the release of the track "SICKO MODE" by Travis Scott and Drake on 2018 that hits many times on billboard charts the hit wasn't stopped there the song has frequently reached an enormous range of streams till now; SICKO MODE has eventually become one of the best hit in history for having Over two billion streams in united states; before this unbelievable result,SICKO MODE  has delivered the rapper to the Top Number One on billboard Hot 100 on December 8,That was his first Number 1 in his career;

Even Travis had been participated on Kodak Black Track's "ZEZE" on October 27 Featuring Travis himself and Offset ,which reached at Number 2 on Billboard ;After some weeks back The Track "SICKO MODE" was earned a Certified Diamond by Selling Over then 10 Million Copies in precisely two and Few Months;Just for Suprised Travis was considered the Best Rap Performance And Best Rap Song by GRAMMY; The Track has Pushed Forward  Travis thus far in His Career;

.@trvisXX’s "SICKO MODE" has now earned over 2 billion on-demand streams in the US. It’s one of the most streamed tracks in history.