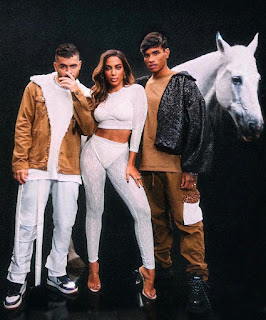 The Singer Pedro Sampaio came up with new hit referred to as "LARISSA" featuring Luan ,with participation of the singer Anitta in video ; well, The song was written in honor of the singer Anitta ," At the time, I wrote a song. Then, once I met her, I failed to say that I had done the tribute. it might appear crazy if I arrived saying: 'Hi, I created a song for you', however, But it is not for you to sing, it had been dedicated to you",said Luan,then some hours later Anitta comments on social networks that "No ,I don't sing in music , I'm leading as LARISSA" Commented the Singer Anitta;