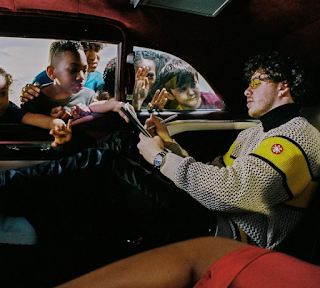 About of his successful hit "What's Poppin" and its star-studded remix with DaBaby, Lil Wayne, and Tory Lanez, Jack Harlow is ready to officially introduce himself with his debut studio album, "That's What They All Say." The Generation Now rapper has been grinding since 2011 when he dropped his first mixtape, Extra Credit, and while Harlow has several EPs and projects under his belt over the years, his fans have been pestering the Kentucky native about his debut release. On Wednesday ,December 9, Jack Harlow shared the Release date on his instragram posts , By saying the release date ,the Artist who will be there on his Album; Eventually some day's back harlow also shared an official track-list to the album on his post on Instagram ;