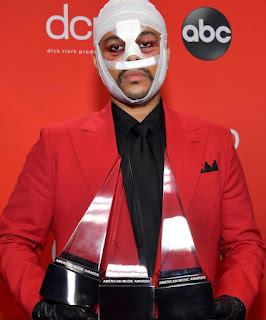 Some few days Spotify has announced the list of the most listened song's 2020 , The track "Blinding Lights" by The Weeknd it was considered one of the best song's 2020 , That has been Streamed Almost 1.6 Billion Times in this year; The Artist The weeknd was called out the Grammy Awards , by calling them "Corrupt" After the artiste walked away with none nominations despite having many hits this Year;

So many memorable hits 👏

These are the Top 10 Songs of the year on Spotify ⤵️ #2020Wrapped pic.twitter.com/RoS5G27GLM