6ix9ine Will Return Back With New Songs On This Friday 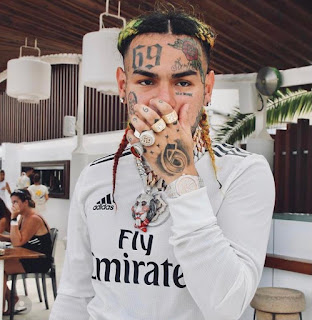 After his New Album Called "Tattle Tales" that wasn't a successful Album ,6ix9ine has been passed Through many critical situation regarding the Album Sale's, in some weeks later ,the rapper was been hospitalized for Over Dose ,but he survived through that ,so now the rapper is planning to return back With new vibe;

According to the Report the rapper should drop a new single entitled "Shooter" which will be released on Friday; He's trying to surprise his fans with something different in this time ;